Assassins Creed has become a brilliant franchise, their original games were good but perhaps not as capturing as their latest title, Assassins Creed: Brotherhood has DLC available today that is called Animus Project 1.0. We have already brought you some news on the game’s character Raiden, which you can read here, we also gave you a video review. 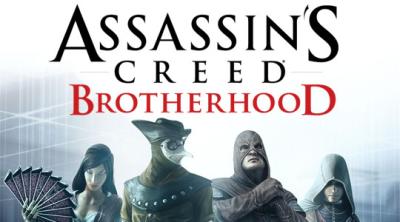 What is different about the game after today’s DLC? Eurogamer.com’s Robert Purchese back on November 24th said that the patch adds on twists to the existing Alliance multiplayer mode and turns it into an advanced Alliance.

There is a new map called Mont Saint Michel which seems to be the perfect hunting ground for you to roam with its bell tower and narrow streets. The best bit is it’s free! All great stuff but we wanted to tell you that following today’s update there will be another one in January as confirmed by Ubisoft. 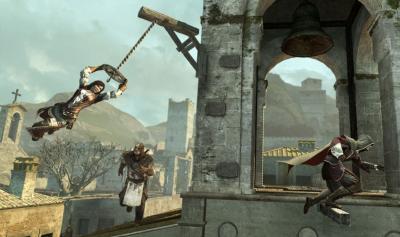 In the next DLC there will be another new map set in a town called Pienza, a picturesque town in the Italian hilltops. They will also be introducing another game mode that sees you protecting and stealing boxes from opposing assassins. It is appropriately named… Chest Capture Multiplayer Mode.

If you are a fan of the new Assassins Creed Brotherhood then regularly visiting their official site which you can see here will give you access to videos, screenshots and regular updates.

What do you think of all this free DLC? Let us know your thoughts in the comments below.