Sony has recently put a smile on the face of PS Vita owners by finally bringing PS1 classics to the system, but the one feature that still eludes users is the ability to universally play PS3 games on the Vita via Remote Play.

It’s no secret that this remains one of the most requested features and arguably the one feature that many PS Vita bought the system sorely for. We’re guessing that Sony continues to work on bringing the feature to users someday and Sony president Shuhei Yoshida has given a massive tease that the feature could be coming sooner rather than later.

He has uploaded an image to his personal Twitter account, confirming that the excellent ICO HD game is running on the Vita via Remote Play streaming from the PS3. ICO if you’re not aware is considered a PS2 classic and was recently released on to the PS3 as an HD remaster along with its ‘spiritual successor’ Shadow of the Colossus. 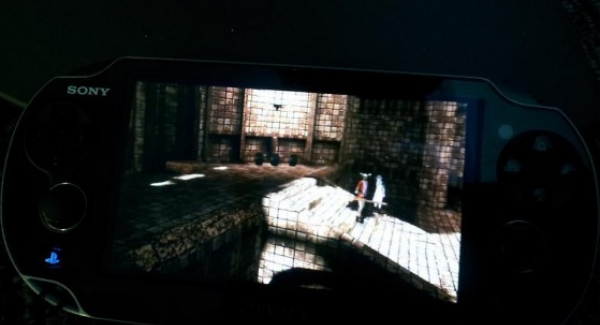 Yoshida has added that the game looks beautiful on the Vita’s 5-inch OLED screen and hopefully it is positive evidence that ICO and a whole host of other games will be available via Remote Play soon. Personally, we don’t understand the logic in the delay over Remote Play. If Sony announced PS3 streaming across the majority of their PS3 lineup, imagine how many new Vita units they’d sell?

Sony originally announced this as an official feature of the Vita when they showed Killzone 3 all those months ago, so they really need to step it up now and deliver – it has been one year since then after all. Does this screenshot of ICO HD running on the Vita excite you?

Let us know what PS3 games you would like to have running on the Vita if and when Remote Play becomes available. Would you be willing to take matters into your own hands like this guy if Sony restricts Remote Play?