Earlier this week we confirmed to you that Ubisoft were also planning to bring the highly anticipated Rayman Legends platformer to the PS Vita, with some exclusive features as well. Now, we have the first gameplay to show you on PS Vita – giving you another timely reminder that Rayman belongs on the handheld after the initial success of Rayman Origins.

To recap, Rayman Legends is now heading to PS Vita this Summer on August 30, the same date that the Wii U, PS3 and Xbox 360 versions will also release. Aside from being the full game that will be coming to console, the PS Vita will also come with local co-op support, online challenges like the Wii U version and some exclusive features that should help to seal the deal further.

These exclusive features will be five missions with the character Murfy using the PS Vita’s rear touchpad, and also two exclusive costumes to PS Vita as well – one Prince of Persia suit and one Splinter Cell Blacklist outfit for Globlox to wear. The new gameplay trailer gives a glimpse of these costumes towards the end, but the real focus here is the gameplay action. 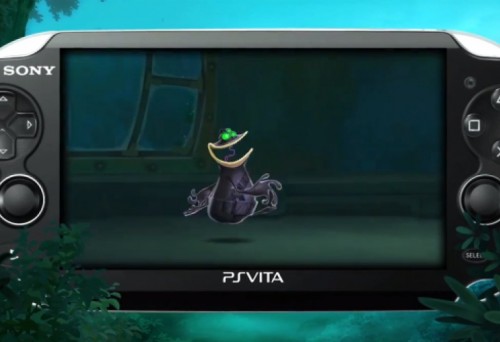 If you bought Rayman Origins on the PS Vita, then Legends obviously becomes a must-buy title for you. The graphics look absolutely stunning once again, with Ubisoft now able to make the most out of the lovely 5-inch OLED display on the Vita. We’re not sure if the handy zoom in feature will return from Origins, as we didn’t see this highlighted during the video.

What we do see though is non-stop action that is set to make any platformer fans very happy indeed. There will be touchscreen features available on PS Vita though, with the player able to use the screen to interact with certain objects as they progress through levels – enabling levers for example.

Some are already calling the PS Vita version of Rayman Legends the ‘best version’, out of the three other platforms. Do you agree with this statement or not? Let us know if you’ll be picking this up at the end of August.