We have already given you an indication on some of the less exciting accessories that will be available for the Sony PS Vita when it launches in Europe and US on February 22, but now we have information and pricing details for two new accessories, including the official extended battery.

The great news is that this extended battery offers almost 3 hours of extra juice for your Vita, which may be vital when playing games like Uncharted: Golden Abyss on the train or similar trips. Further good news is that this extended battery won’t be fixed to your Vita system either and it will also have charging support for any other USB based device.

It means that you can pick this up and also charge your other devices, such as the Nintendo 3DS, iPhone or Android smartphone. This feature alone makes it an essential accesssory for the Vita in our eyes as it will be able to provide extra power to any USB-based device. According to a report from AndriaSang, the official extended battery from Sony comes with a 2,000 mAh spec, meaning that it has a slightly smaller capacity than the 2,200 mAh battery built into the Vita.

As for pricing, the report from Japan states that the USB Portable Power set by Sony will be available sometime in Spring, priced at ¥2,980. For conversion purposes, this comes in at around $40 USD so again it is definitely worth considering if you require extra battery life. Personally, if there is a great looking charging solution for both my Vita and smartphone, then it really is a no-brainer for me.

There is also a third-party controller grip that will be available at the end of this month, and will transform your Vita into dual-shock controller mode. It will provide you with that dual-shock grip that you are used to feeling on the PS3 and the accessory has been built by Datel Japan. It obviously adds an element of bulkiness to your Vita, but again it may be essential for those of you with large fingers who are fearing that your fingers may interfere with the motion controls on the back of the device. The ‘Assist Grip’ will be available from January 31st, priced at ¥1,380 – again very reasonable at around $18.

Will you be picking up both accessories? We will let you know when we find out more US and EU release information for that handy battery. 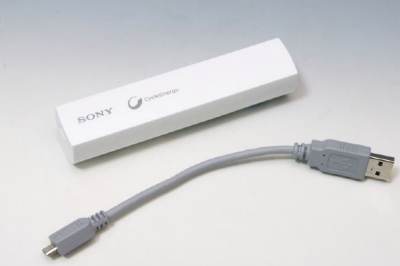 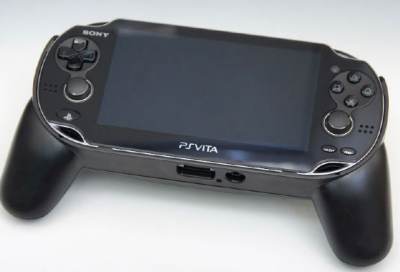