While the PS Vita remains something of a luxury for those that made the decision to purchase one at launch, it’s clear to see that third-party developers have yet to welcome Sony’s new device with the same open arms.

FIFA 13 has just been released on the Vita which should breath a new lease of life into the system, but on the bigger picture, Sony has even admitted themselves that the device could do with more support in the third-party category. It may be a cause of worry for current owners, but the good thing about this issue is that time is a healer and Sony still has the opportunity to attact some of the biggest developers around, providing the tactics are right.

Call of Duty: Black Ops Declassified may not be the best looking PS Vita game around, but the fact that they now have Activision on board for the Vita is probably more significant in itself. The PS Vita has been available since December 2011 and until now we’ve only had a handful of third-party games. 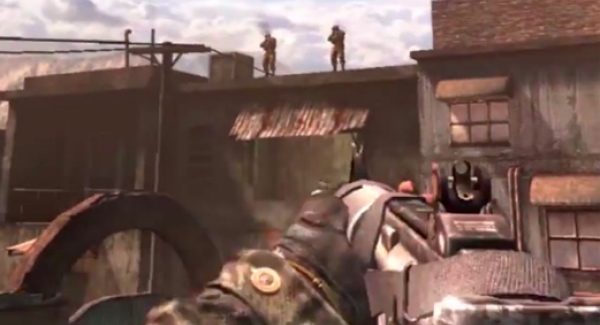 Is it simply a case of being patient, or is it evident to see that developers are already starting to get reluctant to bring games to the Vita, when they know that the real money is in console games? Declassified could have been so much better on the Vita and there was real promise that it was going to be on par with the console versions of Call of Duty in terms of online multiplayer. Sadly, it looks nothing like that though and most fans have already started to distance themselves from the game in favor of other upcoming third-party games.

Is it partly down to Sony as well though, for a lack of advertising? We have just picked up the excellent DJ Max Technika Tune on our Vita and we’re willing to bet that most of you have never heard of it. It’s easily the standout rhythm game on the system and a fantastic port of the addictive game that you’ll find in some public arcades.

If you have a Vita at the moment, let us know your thoughts on the current progress so far with third-party games. Are you confident that Sony will continue to make behind the scenes deals to get the system more third-party support, or is it now time to start worrying?