If you have only just picked up your PS Vita system via Sony’s First Edition Bundle program, you’ll be interested to know that a new firmware update is now available. For those of you who have an imported version though, there’s not a lot of changes in the new 1.61 update.

Sony has just detailed the official change on the PlayStation Blog, revealing that new buyers will now be able to enjoy features such as Google Maps and the ability to record video clips in the camera app. We first told you about this at the start of the month, as imported buyers finally received their first major firmware update to 1.60 after the device launched in Japan and other parts of Asia in December.

Now Sony has given EU and US owners the very same update, although there is one other noticeable change to the Near app as well. When you head to the discoveries section, you’ll now be able to see a full list of players that you’ve come across, which makes it easier to view in this new format, rather than the radar style interface which you first discover players. Below is a screenshot we’ve taken on our 3G Vita to give you an example of the new Near feature. 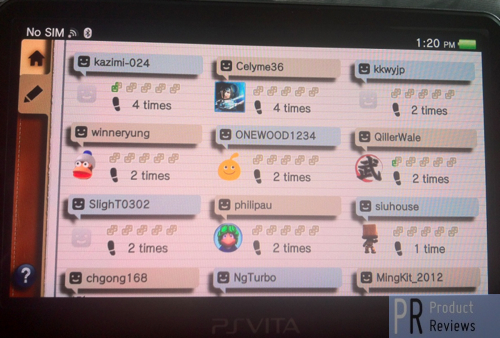 Other than that, there isn’t really a lot more to tell you about. Sony states on the blog that ‘certain aspects’ of the system software have been improved from 1.60 to 1.61, but we’ve yet to see any other big changes. Google Maps is the big addition if you haven’t seen it on the Vita before, so you may want to see our first look at the Maps app here.

You may also be curious to know that the Michael Jackson ‘demo’ that you all downloaded early still works as well, so Sony hasn’t patched up this glitch yet just so you’re aware. We’ve had a look at the US store and this weeks’ PSN update hasn’t arrived yet. Once it does, we’ll be heading straight into that Unit 13 demo, so we can bring you our impressions of it afterwards.

We’ve also seen a few questions asked on the blog as to if this 1.61 firmware update is mandatory or not. We can confirm that this update is optional, so if you are on 1.60 right now and don’t want to update just now – you don’t have to. Hopefully we’ll find out some other functionality that has been included in 1.61, but for now it looks like a pretty average update. 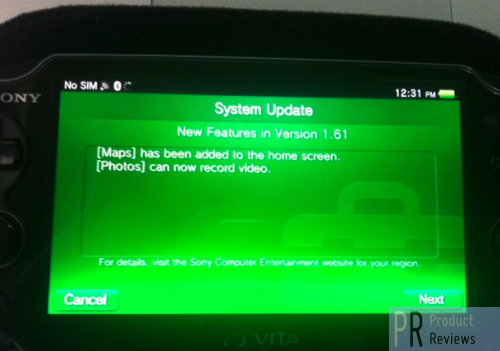 Let us know if you have spotted anything.