It appears that there has been a real breakthrough in the underground development world of the PS Vita. Right now, it is possible to play PSP-based homebrew on Sony’s new Vita handheld, but a new exploit discovered suggests that users will soon be able to create their own homebrew software using actual Vita game code – a first for the system.

As you can imagine, this has spawned mixed reactions across both current Vita users and the media, with many sites claiming that this opens a direct door to piracy. While this is not exactly false, the creator of the new exploit, Yifan Lu has firmly expressed that his exploit will be used to create homebrew software applications on the Vita only, blocking any attempts to run actual pirated Vita games which Sony will be most afraid of.

The real danger here, is that this doesn’t stop other developers from potentially going out and directly trying to achieve piracy. Yifun however, told CNET in a recent statement that when he releases his tools, it will be ‘impossible’ to run pirated Vita games. 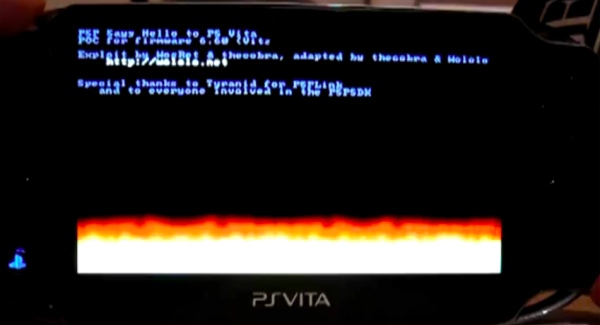 Instead his whole reasoning behind the move is the gain more functionality for a device that he paid $300 for at launch – a statement that many PS Vita users will probably agree with in actual fact. It is no secret that Sony has been noticeably quiet on releasing new games for users to play, and this move alone to enable custom software could be the result of increased hardware sales for Sony.

It’s fair to say that nobody really wants to see full piracy on the PS Vita – that would be a disastrous move that would turn all third party developers away from making games for the system – there isn’t enough as it is at the moment. However, how does the option of running emulators on your Vita sound to you, still a bad idea?

It’s early days yet, but we could be seeing a ‘Hello World’ on the PS Vita imminently according to Yifan. Let us know your opinions on this matter and if you support the use of added creativity on the Vita via custom applications, while at the same time blocking piracy measures.