If you are planning to pick up the Sony PS Vita when it launches in the US and Europe this month, then it is almost certain that most of you will also be on the hunt for a solid case to protect your new prized gadget and that gorgeous 5-inch OLED screen.

Naturally, retailers are only too happy to meet your demands as just like the original PSP, gamers will have a wide collection of different cases to choose from, some of which offer the combination of solid protection, style and also room to store a few PS Vita cards as well.

We have a few selections to show you now, the following of which are official cases licensed by Sony. Uncharted Golden Abyss will likely be one of the biggest sellers when it launches alongside the new handheld on Febuary 22nd, and you may be interested to know that Thrustmaster has developed a special official Uncharted case which you may want to pick up.

It is definitely on the extravagant side of things though, as it will seemingly transform your Vita into a mini briefcase, but the case does do a lot more than just protect your system. The box is made from shock resistant materials and features an Uncharted dog tag on the gold plated front of the case. You’ll also get space for up to six PS Vita software cards, so for those of you that really want to go all out may want to opt for this. 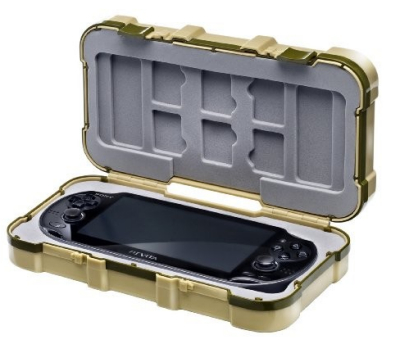 If you’re after a more traditional case for your Vita, Thrustmaster are also selling an official ‘VIP case’ – a clam shell themed design which features an automatic closing mechanism. It’s available at Amazon UK now for £16,99, which is comparatively cheaper than the Uncharted case that will cost you £24.99. 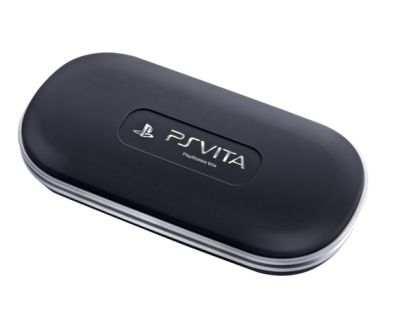 Another case that you may want to consider is the custom crystal case, another officially licensed case. This case offers high-level protection for your Vita, while it also comes with memory card storage too aside from the 8 game card support that it has. Personally, we like the leather case that Sony includes inside the official accessory pack. There’s nothing too special about it, but it does a good job in keeping that screen protected which is the main thing, and the leather design is quite nice on the eye too. 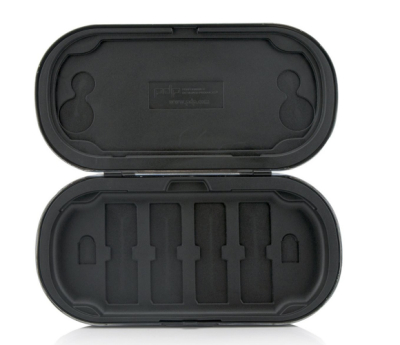 Have you already decided what case you are picking up for Vita? If you have found one which we haven’t mentioned, let us know the name of it below and how it differs.