If you enjoy your Batman games and happen to own a PS Vita, Batman Arkham Origins Blackgate is set to be a particular highlight for you this year. The game is being developed as a spin-off title in conjunction with Batman Arkham Origins on console, and it now it looks like the final box art for Blackgate on PS Vita has been leaked rather early as well.

No surprises as to which source has leaked the final art as well – Amazon. The retailer has now become infamous for revealing early box art and release dates for unreleased content and it looks they are continuing that trend here. We previously unveiled the console box art to you recently, but it looks like Blackgate is going to feature an entirely different design.

While the art for the console version featured some of the new villains such as Deadshot, the Blackgate box art just has a rather slick image of Batman striking a typical pose, complete with the city backdrop behind him. It’s simple for sure, but still looks pretty nice and does a good job in keeping up relations with the console box art.

Blackgate if you didn’t know is also coming out on Nintendo 3DS, so the box art you see here should be the same as what you’ll see on the 3DS version as well. Both handheld versions will be releasing on the same date as the console versions, October 25th, so it is set to be a very exciting day for sure. 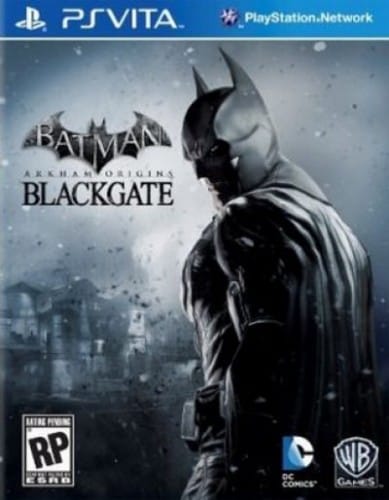 The idea of a 2.5D platforming game similar in the mold to Metroid is getting everyone excited – us included. Hopefully we’ll get to see some actual gameplay for the first time at E3 2013, which starts in a week’s time. If you have Batman Arkham Origins Blackgate on your radar, let us know your hopes and expectations for the game.