Earlier on this week, the download link went live early on the PS Store in an somewhat embarrassing slip-up by Sony. The download was soon removed, with Evolution saying that the PS Plus Edition would be coming soon.

Now though, we’re happy to say that Thursday is definitely the day as you can see a whole post about it by Sony on their blog. 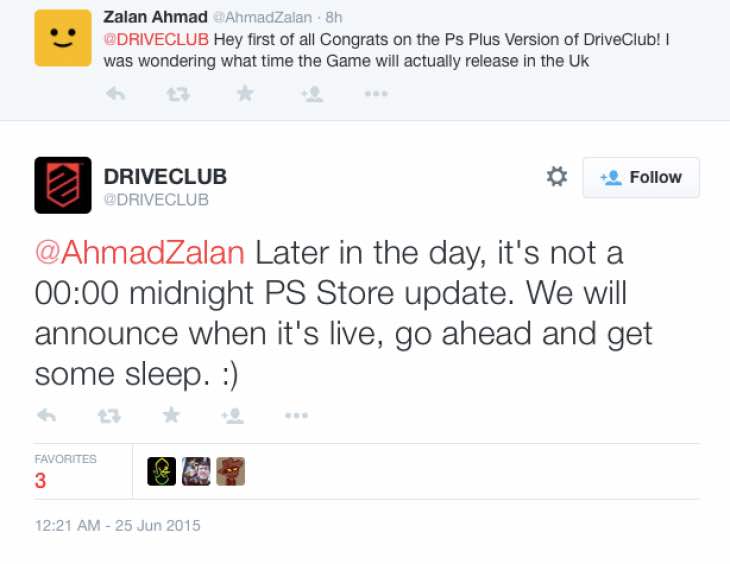 While this is obviously not ideal, most of you will be happy just to start playing the game after such a long wait. If you are happy with the PS Plus Edition which is limited in content, you can then upgrade to Driveclub full version for half the price.

A Tweet above from the developers suggests that the update will be going live later today, UK time so keep your eyes peeled for the PS Store update to happen.

Are you excited to finally get the free version of Driveclub?