The PS Plus September 2015 games list on PS4 is going to be extra special next month, as Sony are going to be introducing something known as Vote to Play, allowing subscribers to vote from a choice of three games on which one will be included in the list.

For September, Sony will be offering three PS4 games with one of them being the subject of public vote – the other two will be unaffected and will be chosen secretly as normal.

The three games have been announced as Armello, Grow Home and Zombies Vikings. You can see a preview of each game in the video below and more importantly – you can start voting as of Thursday August 13. 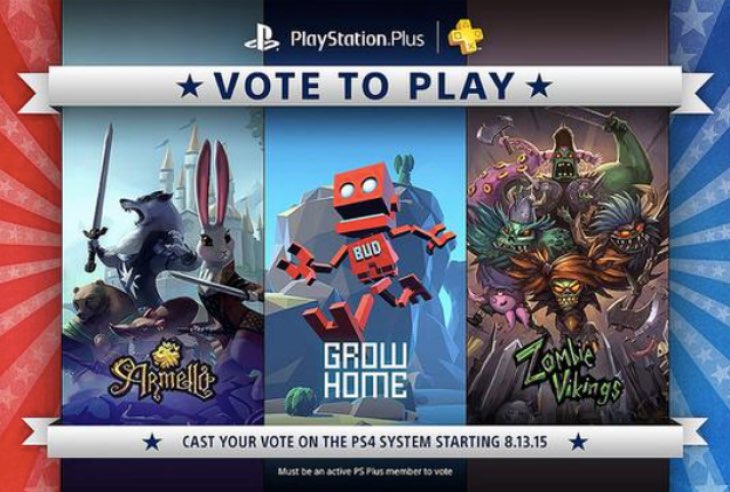 To vote, simply head onto the PS4 and go to the ‘What’s New’ section of the dashboard, or go to the PS Plus area on the PS Store. On Thursday you should see a live icon giving you details on how to cast your vote.

Once the votes have been counted, Sony will reveal the game chosen to appear in the September 2015 PS Plus lineup on Monday August 24.

Watch the video below to get an idea of the three games and then tell us which game you will be voting for. Obviously these are three indie games, but the other two offered may end up being mainstream games to follow on from Tomb Raider.