The official PlayStation blog revealed The Drop featuring games available from November 4th, although this obviously caught the attention of those wanting PS Plus November news for the official lineup in 2014. While we have seen a video drop on the official YouTube channel, it was then removed and some are wondering if the free pulled games will be changed.

Within The Drop for new PlayStation games releasing on 11/4/2014, we see The Binding of Isaac: Rebirth mentioned that’s meant to be free in November for PS Plus subscribers. This would cause some people to wonder what’s going on, especially thanks to the lack of a post on any official channel right now.

It’s good to remember that we are now on the first Monday in November, so some are thinking the first Tuesday (US) and Wednesday (UK) won’t be the update release date. The more extreme thinkers are considering the possibility of not getting any titles this month, although this is incorrect and the official comment below confirms that. 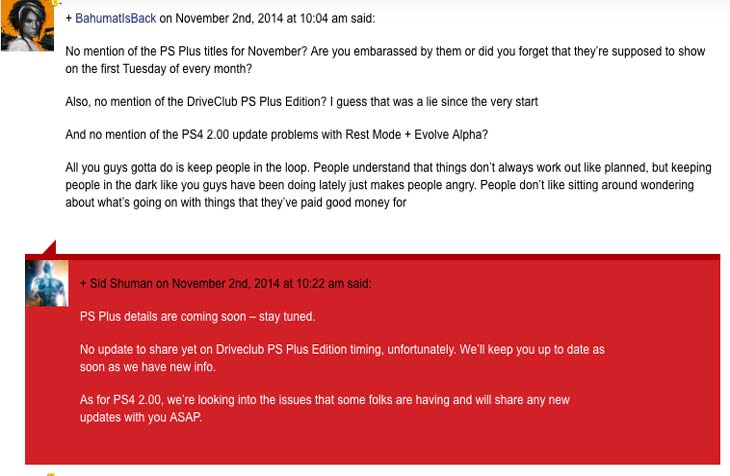 Within the last few hours and on The Drop posting for new PS3, PS4, and Vita games is a comment in regard to this months free games. After a comment was left asking “are you embarrassed” about the PS Plus titles for November? An official answer was given, which explained “PS Plus details are coming soon — stay tuned”.

There you have it Product Reviews readers, we will finally get the PS Plus November 2014 news that sticks “soon”. Now the only questions left are: why did they pull the original list of games and will the lineup change?