Every PS4 and PS3 owner right now wants to know when the PS Plus November 2015 announcement will be, given that we usually see something announced on Wednesdays but it didn’t happen hours ago.

If you have been keeping up on the release status of the November lineup, you’ll know that last week Sony said that the list would be revealed ‘mid-week’.

Naturally many fans took this as a confirmation that Wednesday would be the day since we have seen many PS Plus lineups announced on this day. 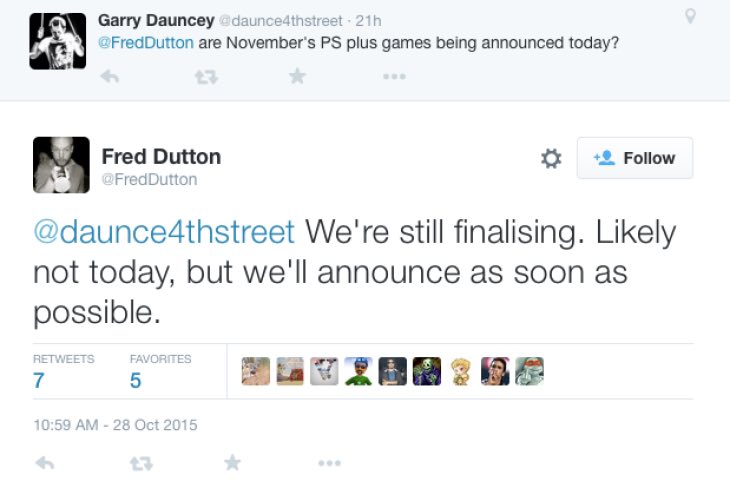 However, a recent Tweet from community manager Fred Dutton hours ago states that it is still not ready and that the team are still finalising the list.

We are pretty certain that the announcement will be made before the end of the week so you just have to hold on tight.

However, it’s interesting to see that the list is still being ‘finalised’. We wonder if that has anything to do with the Games with Gold November lineup already announced and whether Sony sees an opportunity to capitalize.

Would you like Sony to bring out a surprise AAA for November given that it is Paris Games Week and on top of the fact that Microsoft won’t be offering a AAA game for November?

Once the information is revealed we will update this for you with an image and video when available.