We’re not sure what the delay is, but Sony did say in their last update that they were still ‘finalising’ the list. Since then we have had the official Asia PS Blog jump the gun by revealing Thief as their PS4 game for November – only to remove the link shortly after.

The question remains whether Thief is also coming to US and EU or if it will only be for Asia – PS3 owners have already had Thief on the IGC remember. 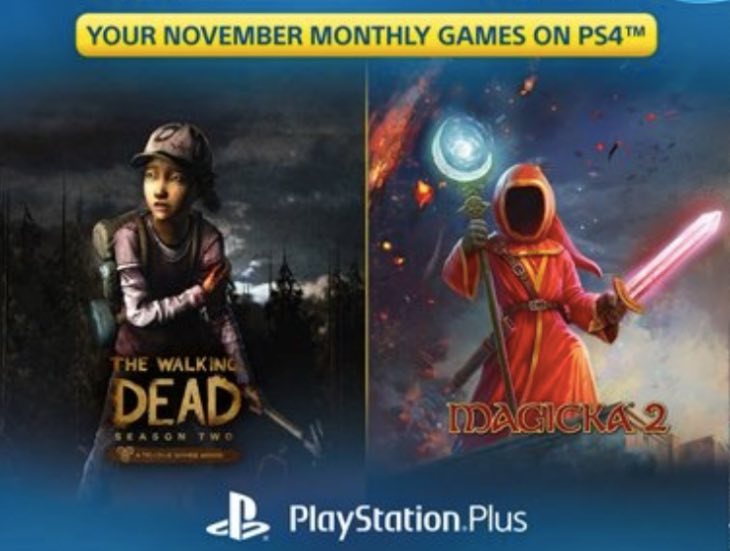 Now, take a look at the screenshot above which seems to confirm that Magicka for PS4 as well as The Walkng Dead Season 2 is coming to Europe – the screenshot is apparently from Dutch retailer Bol and can be viewed in full here.

If confirmed it should also mean that the PS Plus November 2015 lineup for US is confirmed too as we have always had the same games for both regions month on month.

We think it is interesting that Sony Asia removed that blog link asap, so don’t count Thief out from appearing either.

Are you getting frustrated with the wait? The games should be live on Tuesday November 1 but there has been no announcement yet – surely it is coming later on Friday.