We now have some potentially massive news for PS4 owners now, who are all on the lookout for the PS Plus May 2016 free games on PS4 and PS3.

It’s no secret that games on both PS Plus and Games with Gold get leaked by appearing on the store earlier than expected in different regions.

Now we could have an indication that the main free game on PS4 could be Resident Evil. Just take a look at the screenshot from the Irish PSN store courtesy of Twitter user Macximus Primus. 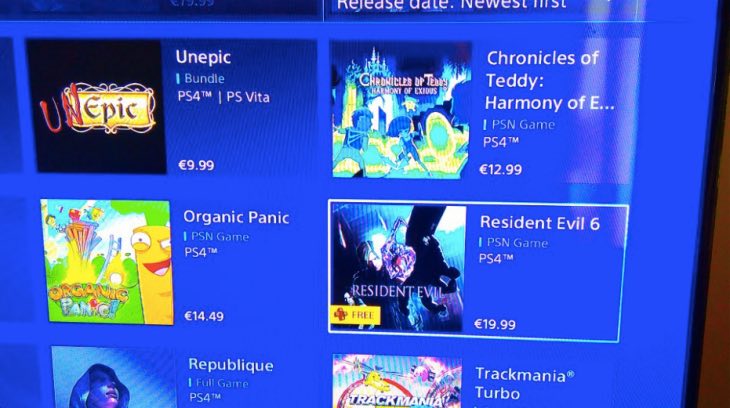 Obviously we can’t confirm it yet since we know how easy it is to photoshop an image. Given the fact that we haven’t had any leaks though, we just thought you would appreciate this nevertheless.

Resident Evil 6 was originally a PS3 and Xbox 360 game released back in 2012, before getting a digital re-release on PS4 and Xbox One last month.

Would Sony make this free for users in May and finally answer their critics who have been complaining about a lack of AAA quality games for the IGC?

Time will tell, but give us your thoughts on this one below.