We are already in March, but Sony has still not revealed the official PS Plus March 2015 games lineup on PS3 and PS4 much to everyone’s shock and surprise.

With that in mind, we are due for the announcement at any minute, but we could already have the information based on a new leak that has surfaced within the hour.

We can’t treat it as 100% confirmed yet, but according to a image leak supposedly from the German PSN store, the PlayStation Plus March 2015 free games on PS4 will be Octodad and Lego: Marvel Super Heroes. 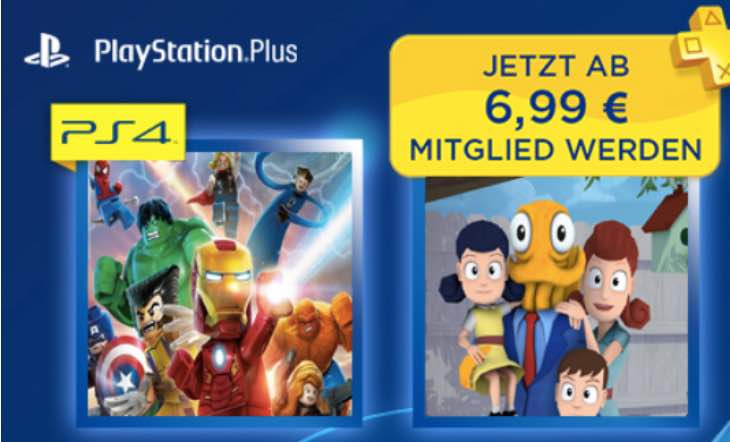 If it turns out to be true, then we have to say that it’s fantastic news. Lego Marvel Super Heroes is a great game to play with friends, while Octodad is one of the craziest games that you’ll ever play and is something of a cult classic after becoming infamous during it’s PC release.

While we wait for a confirmation on the image, give us your reaction to these games if confirmed to be true. Put it this way: Would you be happy to receive Octodad and Lego Marvel Super Heroes for March, considering that Microsoft are offering Rayman Legends on Xbox One?

Leave ur reaction to this below.