We are once again getting closer to finding out what the free games for PS Plus March 2016 will be on PS4. There hasn’t been any early leaks yet, but for those that still don’t know Sony are holding another community vote to decide at least one of the new games.

We now know that one of these three games will be included in the PS Plus March 2016 lineup and they are Action Henk!, Assault Android Cactus and Broforce.

All three indie games have their unique perks and so far we can see that Broforce appears to be winning the popularity vote – details on all free and preview videos can be seen over at the PS Blog here. 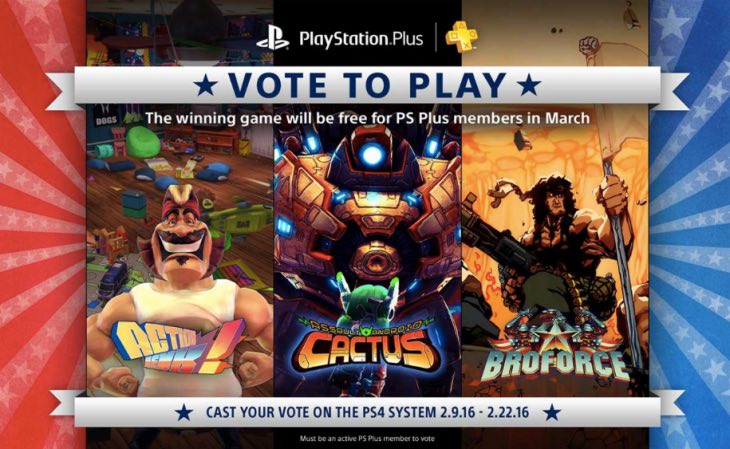 That still leaves one game left to come on PS4 and subscribers will yet again be hoping that it is a substantial title to justify their ongoing payment – especially having seen what Microsoft has been offering lately for Games with Gold.

We fully expect to get a leak at some point next week as we usually do, but for now we leave the discussions open below for what game you want to see between the three up for vote above and also what you want that AAA game to be.

So many predicted that Knack would be offered on PS4 at some point last year but it still hasn’t happened. Surely Sony are going to cough up something good soon, right?

Leave your wishlist below on what you want to see for PlayStation Plus March 2016.