It’s that time again when we look ahead to the PS Plus March 2015 update lineup on PS4 and PS3. Sony won’t reveal the PS Plus March free games until the end of the month of course, but we may have a good indication on one game that could be coming to PS4 next month.

Don’t forget you still have time to download Transistor and Apotheon as the free games for February. After that though, Sony will give PS4 owners another two games to look forward to – not to mention two games on PS3 and PS Vita as well.

It really does make the subscription fee worthwhile and at the moment it seems to be on top against Microsoft, who are still only able to offer a single game on Xbox One with their Games with Gold incentive.

Now, on to the potential PS4 games as there’s big rumors suggesting that it could be Helldivers. This is a over-the-top style third person shooter, with gameplay similar to that of Killzone Liberation. 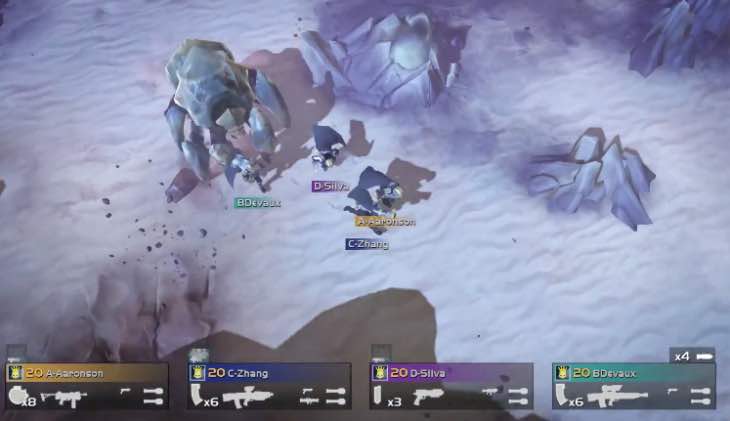 Only Helldivers is more galactic themed rather than war like Killzone was and it does look like a lot of fun. Sony has already previewed this game on the US Blog, but more importantly – given Helldivers a solid release date of March 3.

This is very significant as this is the first Tuesday of March and the exact schedule that Sony usually deploys their PS Plus updates in the US.

It hasn’t been confirmed yet, but if Helldivers is releasing on March 3 it is likely that it’s definitely up for selection as one of the free PS4 games.

Check out the crazy promo trailer for Helldivers below and let us know what you think about it. Would you be happy to have Helldivers as one of the two free games?

PS3 users, we’re hearing that Helldivers is also a cross platform game, so it could even arrive on PS3 as well – what do you think about that?