We now have the confirmed PS Plus February 2016 free games lineup on PS4 and PS3 to deliver. This month, there are two more indie games on PS4, so the wait for a AAA title goes on.

Without further ado, PS4 owners will be getting Helldivers: Democracy Strikes Back along with Nom Nom Galaxy, while the PS Plus February 2016 lineup on PS3 will be Grid Autosport and Persona 4 Arena Ultimax.

While some of you may be initially disappointed to see a ‘AAA’ absent once again, you need to be aware of the fact that Helldivers is one of the best co-op games available period. 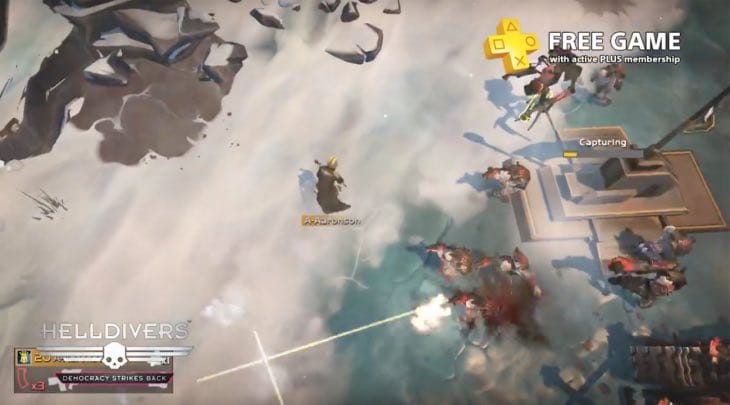 To give you an idea of this, just check out the Helldivers PS4 review from IGN which awarded the game a very impressive 9/10 – they don’t hand out those kind of scores to any game you know.

Despite this solid lineup from Sony, it’s a bit disappointing to again see the overwhelming number of dislikes on the official lineup video below, compared to the amount of likes. 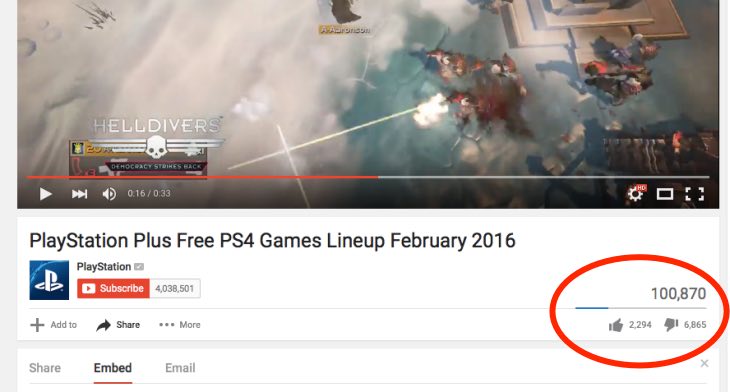 Fans are hard to please and it seems that they will only be happy once a AAA game is included. Enjoy the video below, then give us your thoughts on the lineup for February.

Are you happy with the free games or not?