At long last we can bring you a much needed update on the status regarding the delayed free Driveclub PS Plus Edition release date for PS4.

As most of you know too well, this free version of Driveclub was supposed to launch alongside the main game as promised by Sony.

Due to unforeseen server issues though, this never happened and the game is still not available 8 months later. 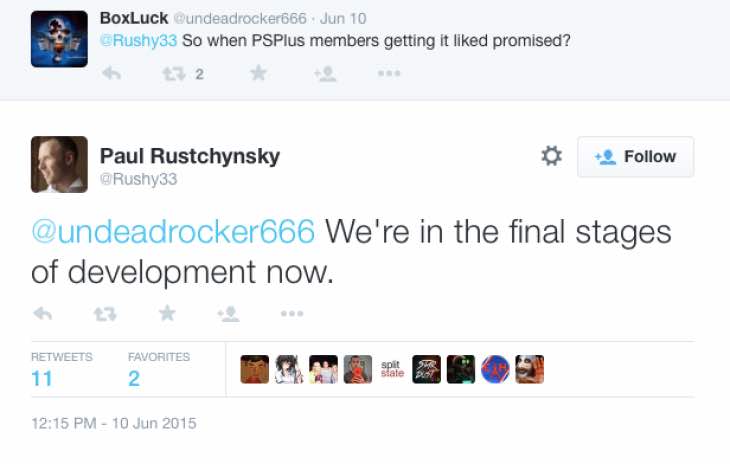 Skip forward to today though and we can bring you the latest update on the game. According to a Tweet above from game director Paul Rustchynsky, the game is now its final state of development.

That means, with Sony’s E3 2015 press conference just around the corner we may well see an announcement at the event with a solid release date at last.

We also have a feeling that the statement above could mean that for those asking when does Driveclub PS Plus come out – July 2015 could be the month.

This is really encouraging after weeks of silence so let’s just hope that there’s no more issues with the game. Let us know your thoughts on this, with potentially seeing three games for PS Plus July 2015 on PS4 with Driveclub being one of them.