We can see that there is a lot of disappointment in the air and probably a lot of anger too over Sony’s quality of games for the PS Plus August 2016 lineup.

While some of you may love the fact that Tricky Towers and Rebel Galaxy are going to be free throughout August, it looks like the majority of social media are united in the belief that Sony needs to do better.

After all, PS Plus is now a mandatory payment to play games online and for the extra money gamers are entitled to feel like they need a better return on some of the games handed out each month. 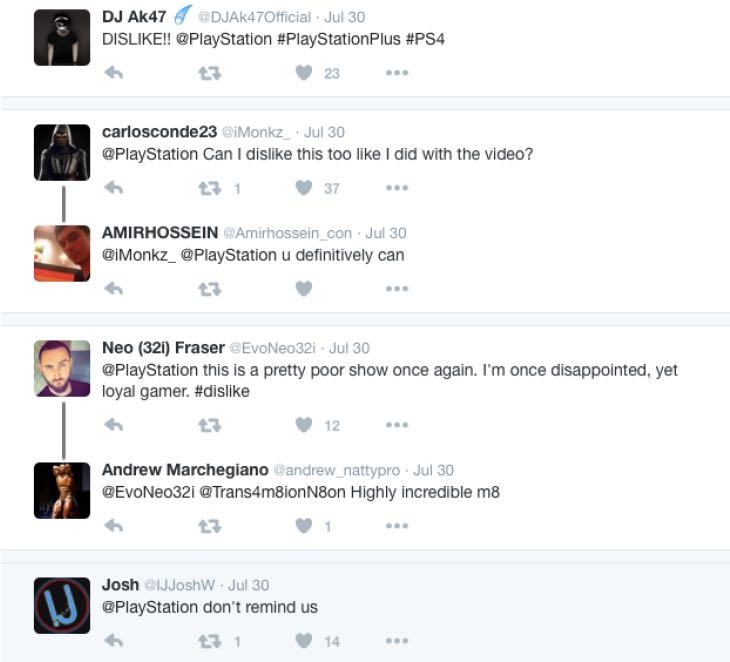 Indie games are obviously very good in places and PS Plus is very important in helping gamers discover them when otherwise it would be very difficult.

Should Sony perhaps save a few months of each year to give away AAA games no matter what though, so at least subscribers know that there will be a few ‘killer’ months to look forward to?

Have your say on this below, if you are feeling really disappointed with the August lineup as you can see many are above in the screenshot from Twitter.

Do you agree on the idea of Sony committing to several months of AAA games per year, as a mandatory event?