We have some fantastic news for PS4 owners now, as we can already confirm one of the PS Plus April 2017 games on PS4 nice and early for you.

Usually we would have to wait until the end of the month to find out a new month’s lineup but Sony is giving a very early teaser this week.

It’s been confirmed that Drawn to Death is going to be one of the two free games out on PS4 in April. This is a game from David Jaffe, who you may be familiar with from iconic games such as Twisted Metal and God of War.

Drawn to Death is a crazy third-person shooter in a pencil drawn universe, a universe which is continually drawn by a high school kid’s notebook where anything he draws becomes a battlefield. 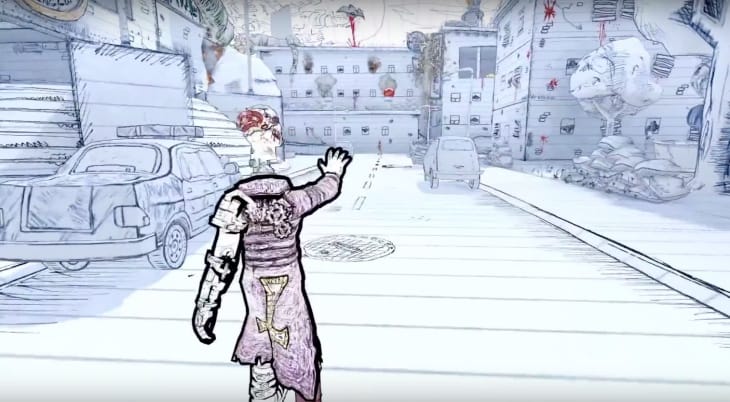 You really have to witness it in action to understand what we’re talking about, it looks absolutely bonkers in a good way – check out the gameplay trailer below!

We are also happy to see that the PS Plus April 2017 release date is April 4 and that is when Drawn to Death launches.

Let us know what you think about this game becoming free and stay tuned for news on the second PS4 game to join April’s lineup soon.