It’s that time again when we look forward to a new month of free games for PS Plus subscribers. Next up is the PS Plus April 2016 free games on PS4 and PS3 and we can remind those that don’t know, that one game has already been confirmed.

We also have a heads-up that the PS Plus April 2016 release date will be on April 5, which is the standard release pattern that Sony follows being the first Tuesday of the month.

Without further ado, we know that one of the free games for PlayStation Plus in April 2016 is Dead Star. Confirmation of this can be seen from the message sent by Sony above to a user who recently pre-ordered the game. 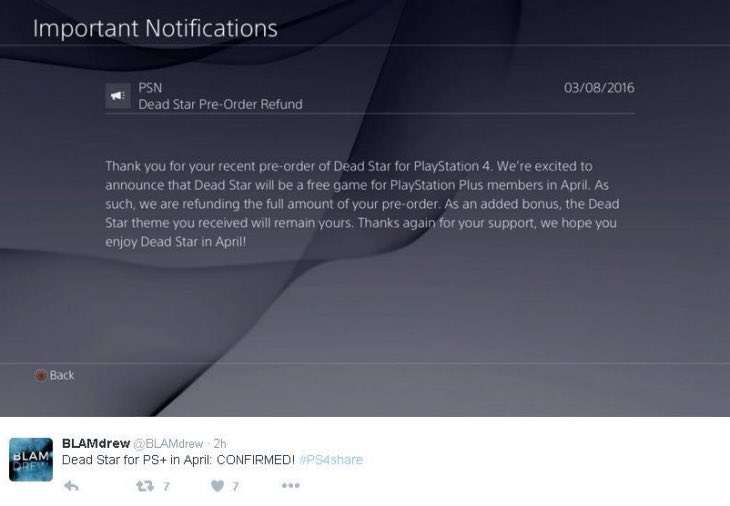 Dead Star is going to be an arcade style shooter similar in the mould to Super Stardust which you have loved in the past. There’s going to be tons of customization options for players and we’ve added some Dead Star PS4 gameplay below for you to take a look at the game.

We still don’t know the other PS4 game being offered and it looks like Sony isn’t planning to host a community vote for PS Plus April 2016 this time around.

What do you want to see as the other game – are you happy with Dead Star being free? We’ll update this article once we have more official details, but for now leave your personal wishlist below and let’s see who ends up being right!