On top of free PS4 and PS3 games that PS Plus subscribers receive every month, Sony has given an even greater incentive to become a member.

It was previously announced that in the month of February, Sony would be increasing the Cloud Storage from 10GB to 100GB for use on game saves.

Thanks to a recent Tweet sent out by the PlayStation Europe Team, we can now confirm that it has just gone live and should be accessible on all consoles with an active PS Plus account. 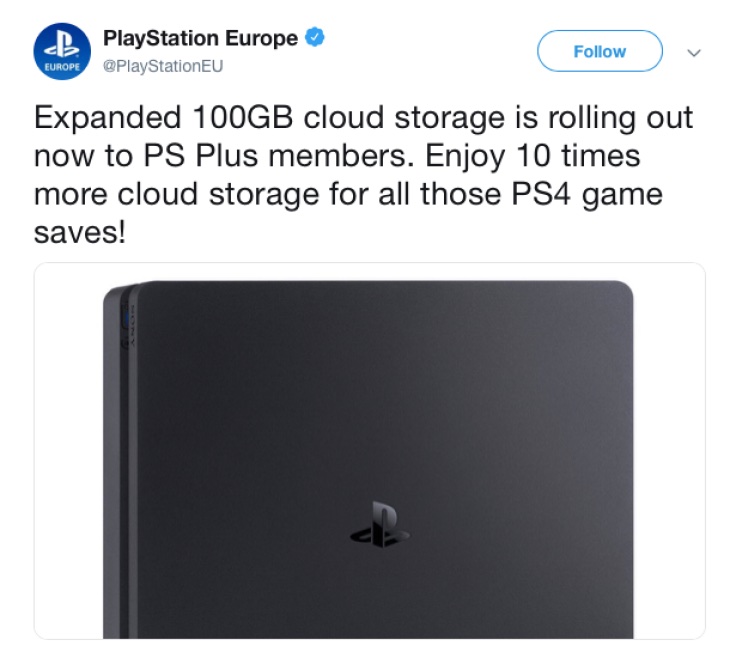 It’s an extremely generous increase by Sony and it should mean that all PS Plus members will no longer have to worry about running out of storage.

Let us know if you are already enjoying this feature and what else you would like Sony to include on the list of PS Plus features.