It seems as if the recent D8 event wasn’t just about the interview with Steve Jobs, as the event also revealed a close-up look at Microsoft’s Project Natal device too – we have some pictures to share with you.

The pictures come to us courtesy of Engadget, who were able to take a gallery of pictures of the device. The unit used is thought to be a developer sample, although Engadget are stating that this could also be a retail version.

Aside from showing us what the white model looks like, the pictures seem to suggest that the device is actually quite bulky and almost takes up the length of the Xbox 360 console when placed on top of it. Hopefully the final version that we see at E3 in a few weeks time will look a lot slicker than this unit.

Take a look at the pictures over at Engadget and let us know your thoughts on them – did you think the Project Natal unit was this big? 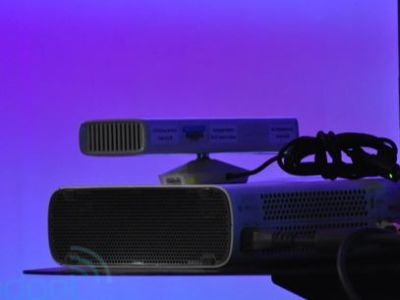