There are more and more apps becoming available for the Apple iPad these days, and we recently brought you news about an upcoming digital newspaper app “The Daily.” It now appears that British entrepreneur Sir Richard Branson has an iPad app of his own in the works.

As reported over at news.yahoo.com, Branson is scheduled to hold a press conference on Tuesday, in which he is expected to unveil a digital magazine that is designed specifically for viewing on Apple’s popular tablet PC. The app in question is said to be called “Project.”

Word got out about Branson’s “Project” plans shortly after 79-year old News Corp. CEO Rupert Murdoch hinted about the arrival of his digital newspaper application. Branson said that “Project” themes will include international culture, travel, business and entertainment. 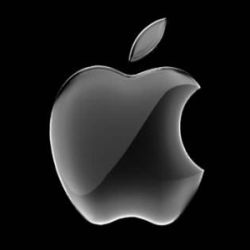 Branson’s Virgin Atlantic aircraft boasts Internet-age amenities including wireless web connections and power outlets at the seats. However, it is unsure at this stage whether or not his “Project” app would be provided as reading for passengers on board flights.

Will you be downloading the “Project” app on your Apple iPad?