The last time Apple updated its iPod touch was back in September 2012, although it wasn’t released until a month later. There had been rumors that Apple was to update its portable media player last year, but we knew right away that was never going to happen. However, evidence seems to be building up in regard to the production of the iPod touch 6G display.

We recently learned that Apple suppliers are making plans to put iPhone 6 displays into production from May, which we believe will share the same screen as the iPod touch 6th generation. The last time Apple introduced a new screen size was for the iPhone 5 back in September 2012, the same month as when the 5th generation touch was revealed.

While we do not know for certain that the sixth generation iPod touch will be unveiled this September, looking back to Apple’s release window, it is more than likely that they will.

According to Reuters, a new 4.7-inch display is expected to go into production next month, using Japan Display LG and Sharp to supply the new screens, although a larger 5.5-inch version is expected at a later date.

Japan Display is rumored to be the first to start production on the new displays, with the other two following shortly after.

A thinner iPod touch — The iPod touch is usually thinner than the iPhone because it has less hardware, and the 6th-gen model could be even thinner if it is to share the same display as the iPhone 6, as we have implied. 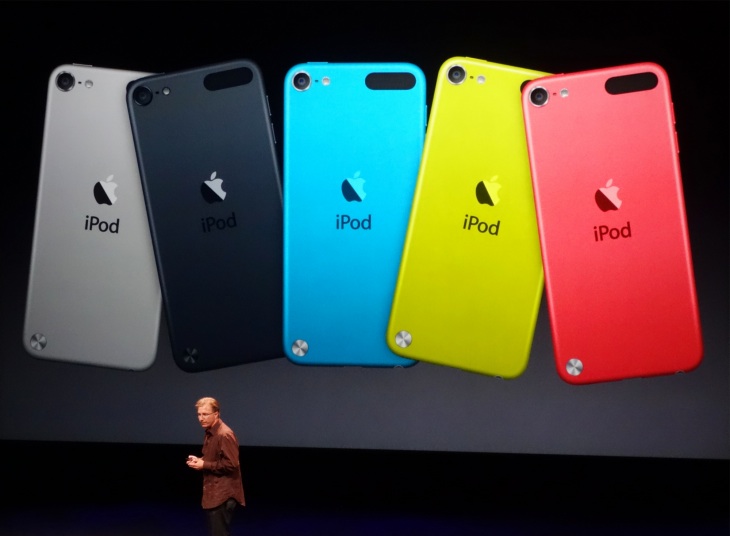 The in-cell touch panel technology that is expected to be used on these next-gen devices will have a thinner construction, but do you think a thinner iPod touch is needed, as this will make it more fragile?

iPod touch 6th generation release a want or need? Most people awaiting news in regard to the next touch fall into the category of want because if there was a need, then they would have already gone and purchased the current model already, if that don’t have it already.

If there is a need, then you would be far better waiting until your older model gives up the ghost first, only then should you go out and purchase the iPod touch 6G only when necessary, although we have a sneaky suspicion you will purchase it the day it becomes available.