Following from the news that Mortal Kombat HD Kollection would be gaining a extra 3D bonus, we now have what looks to be a confirmation of an upcoming Prince of Persia Trilogy game for the PS3, also available in 3D.

As reported from VideoGamer, the game is now being listed on various retailers online, notably on Shop2.net as they have also revealed a release date and price for UK orders.

Check out the box art here as well, courtesy of JeuxVideo. It may differ slightly to the EU box art though. No word on if this collection will be hitting the Xbox 360 or not yet – we’ll keep you informed. 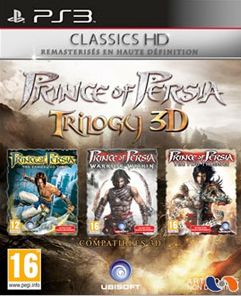 Are you interested in this, or the Mortal Kombat HD Kollection we told you about yesterday?