Google has already shown us an insight into what driving of the future will be like, and so have several carmakers, but these are for new vehicles, so what if you already have a car and wish to convert it into a self-driving one? Fear not, as there is now a company out there who are prepared to convert a 2014 and newer Audi A4, S4 into a sort of self-driving one.

This is made possible by a start-up called Cruise Automation, who for a fee of $10,000 will make the conversation, bringing your slightly older A4 or S4 right up-to-date, well take it to the future in fact seeing as though the public can’t actually order a new self-driving vehicle as yet.

The downside is that deliveries of these semi-autonomous Audi’s will not be ready until 2015, although it is worth the wait to see the expression on your friends faces when they see your car driving itself, in a limited way.

Cruise Automation’s system is called RP1 and they explain that converting the Audi A4 is just the start and that there is no reason why they cannot do the same to other models. 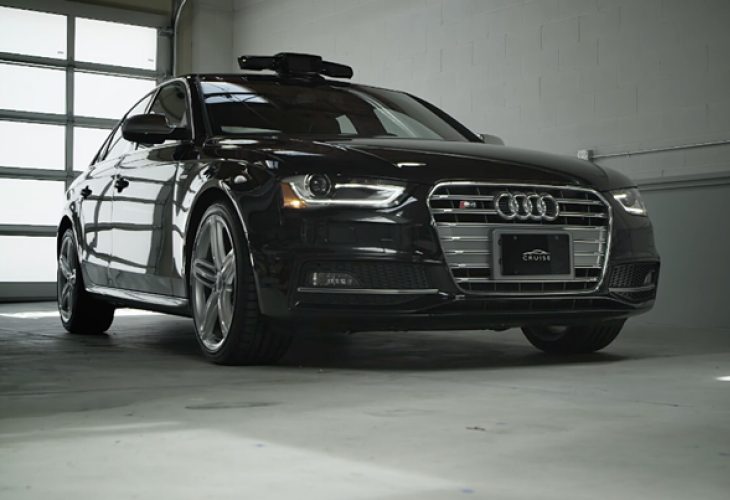 What is included in the package — For your $10,000 you get a sensor pod that comes packed with built-in cameras, radar and several other sensors to scan the road around the vehicle. All the information gathered is feed to a computer and actuators on the car controlling functions such as steering, throttle and brakes.

There will also be a button inside the car that will activate the autopilot, and while it is not as complete as Audi’s very own self-driving system, it’s very close.

This is because it can only work on selected highways in California, and you cannot input a destination as to where you wish to go. It is more of a clever cruise control, where it will keep you going and slow down when it senses the need to slow or come to a complete stop, as well as speeding up again. However, once you are off the certain highway, it is up to you to take over once again.

Wonder if this will become legal, as surely there are implications for this more basic technology?