On the official website it only says that Windows Mobile is coming soon, meaning that there’s no release date and it’s resulted in Windows users asking on Twitter when it will be available. 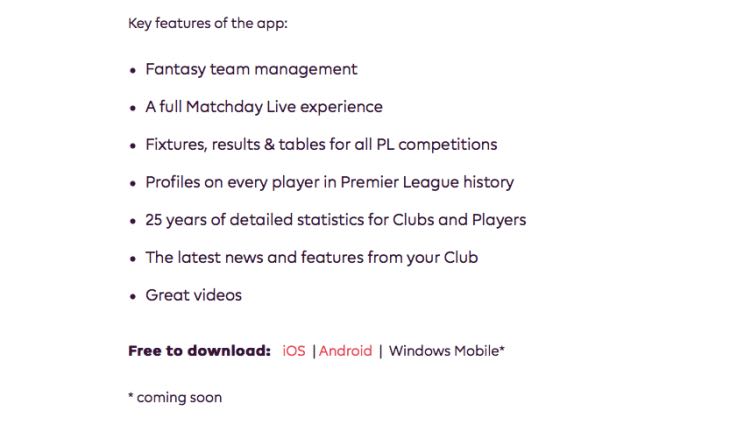 Coming soon could mean anything of course and we’ve seen before that the gap between iOS, Android and Windows Mobile can be a large one – hopefully this won’t apply here.

The good news at least for Windows Mobile owners, is that the app will be free when it eventually arrives. You’ll be able to manage your Barclays Fantasy Premier League team, as well as get detailed information for your favorite team and keep track of everything when it is live match day time.

Are you frustrated about the delay on the Windows Mobile version of the Premier League app? Let us know how you feel below and we’ll keep you updated when we get fresh news on the release.