Several days ago we looked at how the new lineup of Canon cameras for 2015 were diverse, and two of those were the 5DS and the 5DS R. Both these models comes equipped with some of the latest technology, and many of you would not have seen anything like it before.

While people have yet to get their hands-on the Canon 5DS and the 5DS R for a full-on review, this has not stopped people taking a preliminary look and then taking to YouTube to share their findings. This is often a good way to get an early indication as to how good a camera will be, and we have to say, things do look good for Canon right now.

There are three preliminary Canon EOS 5DS and R video reviews that caught out interest, the first of which is from DPReview. Richard Butler has sat down with Canon’s Chuck Westfall to discuss these new cameras, with a huge focus being placed on that very impressive 50-megapixel sensor. The video runs for just over 6 minutes and covers all the basics. 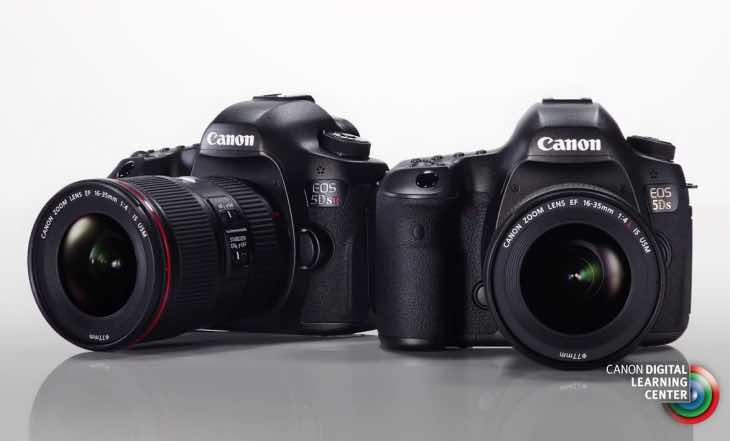 In the next video below we get to Join Rudy Winston from Canon USA talk about the many differences between the EOS 5DS and EOS 5DS R, and we also get to learn all about that ultra-high resolution. You will also find out the benefits of each model and which of the two cameras best suits your needs. This video has a running time just short of 15 minutes.

The final video is far more informative, as it runs for around 36 minutes and covers a number of topics to do with both these new DSLR models. This is his overview and was also run live, which gave people the chance to head to Twitter to ask questions and also learn far more than they would have done with a normal video preview.

We hope you like these three videos, and helped you come to an informed decision as to whether one of these new Canon DSLR s is for you.