Last year Apple decided to bring us a cheaper iMac in June and then later in the year offered a 5K version, although for the 27-inch model. Seeing as though not much really changed we expect a far better upgrade this year, but what can we envisage and when?

First up let’s talk about when we are likely to see a refreshed iMac for 2015 — One would presume that WWDC would be the ideal platform to launch a new model, although not sure Apple would release it right away, but you never know. We highly doubt that Apple would reveal its new desktop during its iPad event, although they have done similar in the past.

Predicting 2015 iMac specs — The biggest question is whether Apple will bring the Retina display to the smaller models, and that is still up for debate, although we doubt this will happen this year. Having said that; Apple could decide to do so and then offer non-Retina models at an entry-level price — so the jury is still out on that one. 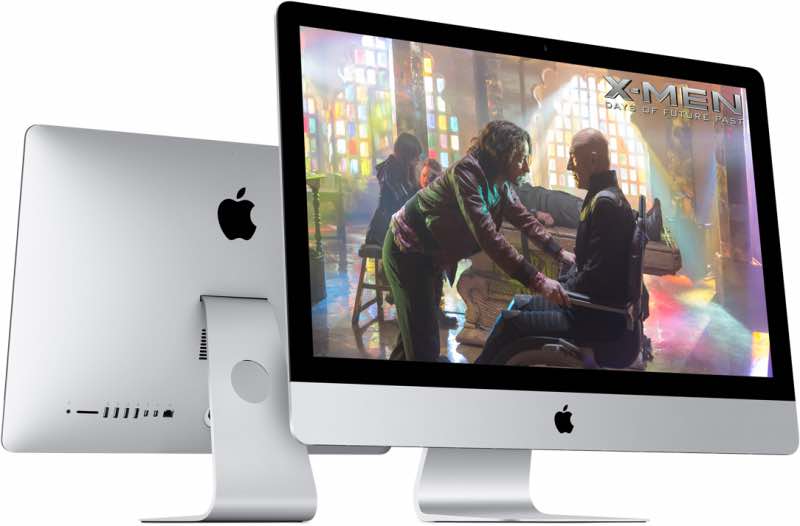 Moving on to its hardware, and there is a good possibility that Intel’s Broadwell processor could make it to the new iMac, which we know has faced production problems in the past. However, one would presume that Intel would be on top of those issues by June, which is the earliest we could expect Apple’s new desktop.

Flash storage as standard would be a good addition to the iMac, as it makes things run much faster, although this would come at the cost of storage, as we know you get far more with a standard hard drive. Something that we are almost certain to see is the addition of the new USB Type-C port, something that has made its way to the new 12-inch MacBook.

Finally, onto graphics and we suspect that the current Intel HD Graphics 5000 for the entry-level model will be upgraded, although to what is pretty much guess work at this stage. One thing is certain though, an update to the current crop of cards are needed.

When do you think Apple will announce its new iMac lineup, and what sort of hardware upgrades do you think we are likely to see?