It looks like we could now be less than two weeks away from the highly anticipated Predator MKX DLC release date for PS4 and Xbox One players.

NetherRealm issued the latest patch for the game, which provided the important groundwork for Predator and also put his bio into the game.

Going on past trends, this usually means that the character release is a few weeks away as we saw similar trends for Tanya and Jason before it.

A listing over on Amazon UK for the Kombat Pack even says that Predator will be available on Tuesday July 7, which means that non-Kombat pack owners could be getting the character one week later on July 14. 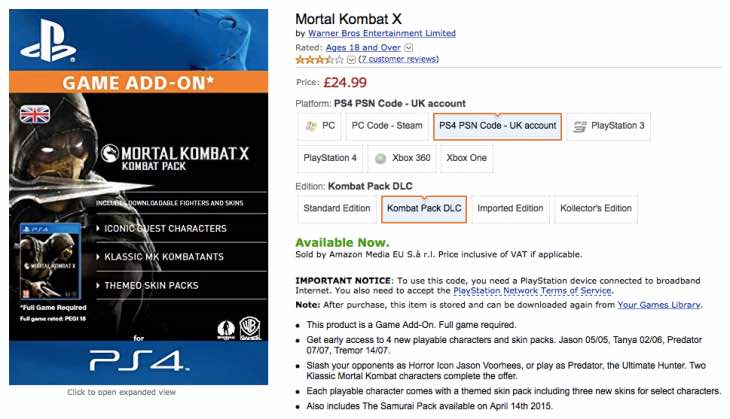 Meanwhile Ed Boon has teased Predator on Twitter with a brand new screenshot of the character doing his trademark triple laser ability against Jax in his Carl Weathers outfit – we can just call him Dillon from now on whenever he wears that hat.

We shouldn’t have to wait too long until we hear the Predator Mortal Kombat X confirmed release date from Ed Boon, but before that we should get a gameplay stream too which will probably go live next week on Thursday if we were to guess.

Are you getting excited about playing as the Predator since you can now view his bio and in-game art after the new patch? Let us know your expectations of the character and whether you think Amazon is correct with the July 7 release date.