As we told you earlier, today is Predator day for Mortal Kombat X. However, it appears that many users are having problems actually accessing the character, saying that the Predator download is not working on Xbox One and PS4 even with the Kombat Pack installed.

The character is supposed to be available, with a new MKX update unlocking the content after a previous patch already provided online compatibility so that everything would be in place.

However, many users are saying that they can’t download Predator in MKX on Xbox from the Marketplace or PS Store as it is not appearing in the Kombat Pack in-game. 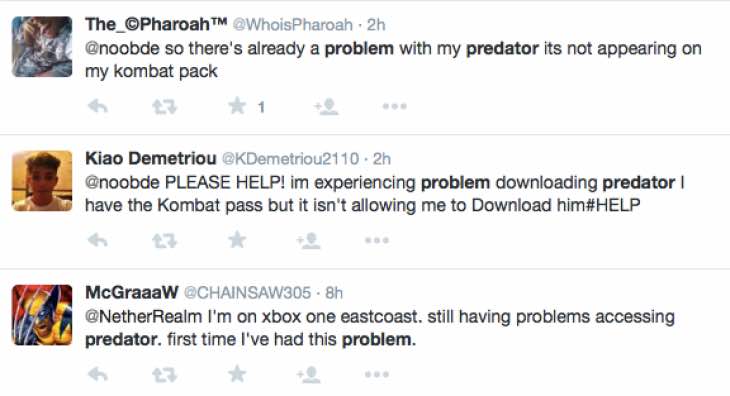 The same issue appears to have also hit community member Maximilian, despite having already installed the new MKX update on Xbox One.

We have heard some say that Predator will be unlocked in MKX once NetherRealm applies a ‘hotfix’ to sync up the character with the MKX July 7 updates.

If so, let’s hope it happens soon as right now there’s a lot of Kombat Pack owners asking why they can’t download Predator. Let us know if this is happening to you at the moment and if you have found a fix.