We have a treat for Mortal Kombat X Predator fans now. The highly anticipated character isn’t live in the game yet but he has shown up on on the Premium Tower for some players early.

We’re not sure how this happened before the official launch, but most players are not bothered about that. Predator looks absolutely glorious and now we can show you Predator’s MKX fatality 1 and 2 gameplay in stunning HD.

We knew that Predator’s fatalities in Mortal Kombat X would be something to savor and NetherRealm has not disappointed. 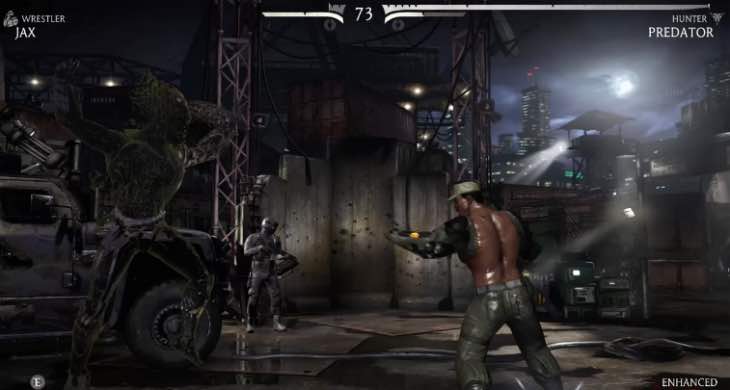 Fatality 1 involves Predator stabbing the opponent in the chest with his wrist blade, then proceeds to cut off the victim’s head with his smart disc – it’s nasty and you’re going to love it.

However, Predator’s second fatality in MKX is probably the best. In a big throw back to the Predator movie, this one uses Predator’s smart cannon to blast three shots into the victim with the third shot going directly to the head – it’s amazing to watch for the first time.

We’ve added the clips below thanks to user SonicDude20th who uploaded them, but since Predator is not official yet we advise you to watch them while they are still up.

The clips also confirm Predator’s three variations Warrior, Hunter and Hish Qu-Ten as we told you in an earlier article. For now though, enjoy the footage and we’ll let you know when we have the MKX Predator release date for you.