Following on from our earlier article which gave you an early look at Predator’s fatalities in Mortal Kombat X, we now have another surprise for you with a Predator MKX easter egg that has been found involving Erron Black.

NetherRealm has inevitably inserted as many references to the original Predator movie as they possibly can. We saw one of these with Predator’s 2nd fatality and now we can tell you about another one.

When performing Erron Black’s X-Ray on Predator, we can confirm that the bullet on it will change and instead of having Predator’s name it will change to ‘Ugly Mofo’. 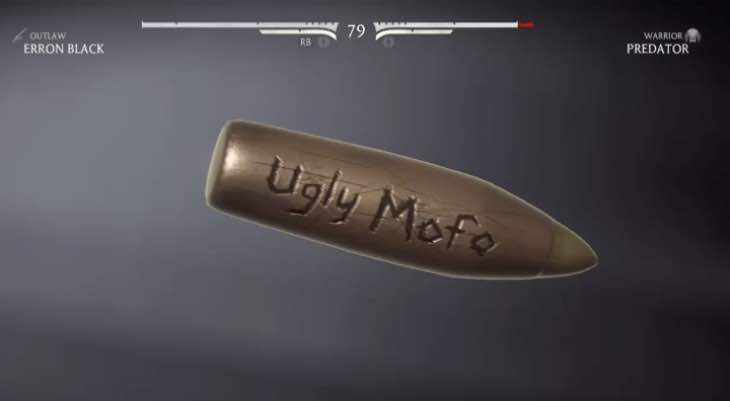 For those that haven’t seen the movie, this is one of the iconic phrases that Arnold Schwarzenegger says towards the end of the film and it’s a great easter egg from NetherRealm.

You can see picture evidence of it above – remember that some players have found a bug in the game which allows them to play against Predator early on the Towers, that’s how the information has come out.

Let us know your thoughts on this and if you are really excited to play as Predator after seeing him in action.