If you are UK based and are wanting the Samsung Nexus S then you are in luck, Carphone Warehouse on their website have added a pre-ordering segment. The handset will be on the much talked about Android 2.3 Gingerbread platform and you can pick it up on a couple of different contracts. 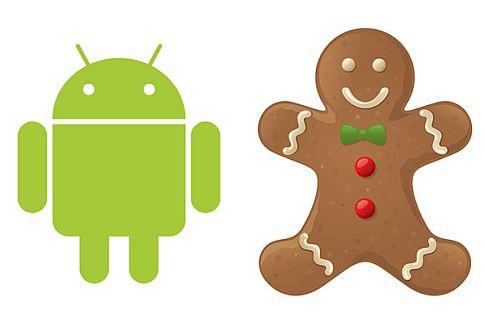 We have spoken to you about the Nexus S showing you sample photo’s from its 5 mega pixel camera as well as seeing if you want the new Samsung device as oppose to some of its popular competitors based around price. The phone is also known as the i9020 and comes packed with features, let’s have a look at some of them.

It has a large 4” super AMOLED capacitive touch screen with a resolution of 480 x 800 pixels, it has 16GB of internal storage and 512MB RAM. It has an integrated 5 mega pixel camera complete with LED flash and auto focus. Another important feature that shouldn’t go un-noticed is the ARM Cortex A8 1GHz processor that is present, not only that but you get to work with all of the cool Android apps. For further information about the handset then head over to the official site here. Also if you want to have a look at the handset in action, head to the bottom of the article and have a look at the clip courtesy of Slashgear.com’s Chris Davies.

According to Paul Lamkin over at Pocket-lint.com, Carphone Warehouse are offering the device on a few different contracts, so we thought we’d have a look. A couple that caught my eye were on Vodaphone, £35 per month and you get 600 minutes anytime and network, 500 MB data allowance 500 texts and that is over a 2 year deal. There is also another agreement for people that use there phone a bit more, this is £40 per month with 900 anytime and network minutes 750MB data allowance and 500 texts on the same 24 month contract. If you want to pre-order your handset, head over to the Carphone Warehouse here. Of course there are a number of different deals on different networks including O2, T-Mobile and Orange which are viewable here. If you don’t fancy being tied into a contract then you can buy it sim free for £549.95. 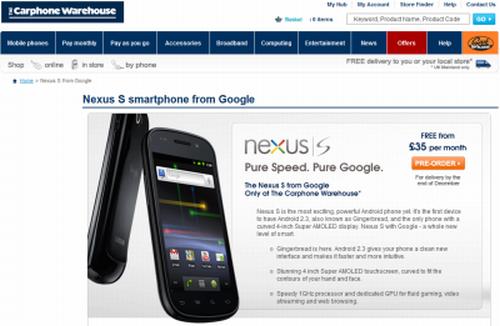 The expectations are set extremely high for the Samsung Nexus S but can the handset live up to the hype? Let us know your thoughts in the comments below.