For those of you who are waiting to pick up their copy of FIFA 12 or have already pre-ordered it, the wait is almost over as the release date draws closer. We have been providing details about the game so far, revealing things like the new skill moves and the new EA Sports Football Club feature, but if you are still unsure whether you will be buying the game or not perhaps this praise-filled review will be enough to persuade you.

It is the first review to surface so far and it comes courtesy of GamesMaster, the reputable gaming magazine. While most of you will be getting the game regardless of the score it receives from those lucky enough to play it before release, others will be debating with yourselves, perhaps considering PES 2012, and so a little assurance may be just what is needed to convince you to buy it.

In the magazine’s four-page analysis of FIFA 12, which awarded the game an impressive 94%, a lot of praise went the way of the new Player Impact Engine. It is a feature that has been perfect over two years and is said to ensure ‘no two collisions are alike’ according to the magazine, also describing it as being more realistic. The y also focused on the new tactical defending, saying it’s ‘far more useful than it first appears.’

Other emphasis was placed on the new precision dribbling aspect, another feature which FIFA 12 developers focused on improving from the last title. GamesMaster describes it as making ‘each encounter a mini game of human chess.’ This combined with the containment from the tactical defending which enables you to ‘keep pace with the forward and shepherd them away from danger,’ means these improvements are certainly going to impress fans of the game, but will they be enough to convince others to buy it? GM seems to think so.

According to CVG, the magazine goes on sale today. Why not check it out to see the full review. Is the review of FIFA 12 enough to convince you to buy it? 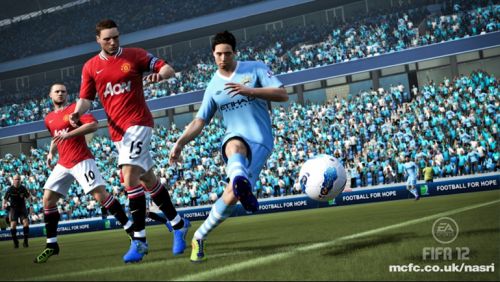