We have yet to see some of the big players in battery cases announce the release of one to fit the iPhone 6, such as Mophie or Powerskin, although we do know that the latter is coming, we just don’t know when. A Powerskin iPhone 6 battery case has been confirmed, and all we have to wait on now is its public release.

Powerskin has yet to make anything official on its website, but had to take to its Facebook page in order to answer a follower, who asked the simple question, “Will you be releasing a charger for iPhone 6?” 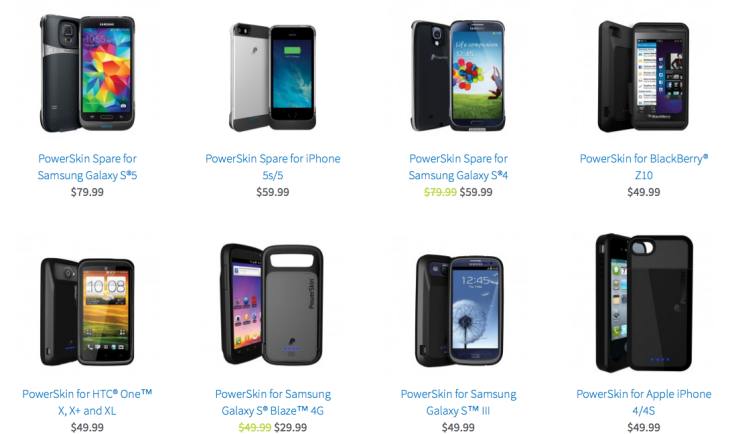 The answer the lady got in return was a positive one, as they said they sure will, and that iPhone owners wanting a battery case should keep checking the Facebook page, as they will inform their followers when it will be coming.

There are currently 8 PowerSkin variants, which covers the iPhone 5 and 5S, Galaxy S4, and more, one of which we have used a close-up image of below. While we do not know the design of the Powerskin iPhone 6 battery case, we do expect it to be thin and sleek to match the design of the handset itself.

Having said that, it might still double the thickness of the iPhone 6, which kind of of defeats the object, although it is a necessary step that some owners will have to take in order to help increase battery life further.