We have a treat for those of you planning to pick up Portal 2 next year, as Valve has just released a new Co-Op trailer. This one is particularly special though, as they have released it in high definition for your viewing pleasure.

As reported from VG247, Portal 2 won’t just feature a lengthy and compelling single-player campaign, but it will also feature a fully fledged co-op mode, allowing you to play with your friends or others online.

The game is looking pretty stunning since it is in crisp HD, and definitely leaves us wanting more. Just check out the visuals at 0.30 – you’ll see what we mean.

We can’t wait to play this. We game is due out on PC, PS3, Xbox 360 and Mac on February 9th next year. Check out the video below and let us know what you think of it. 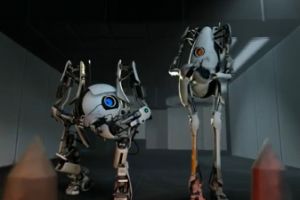