We’ve been hearing quite a lot of news regarding the upcoming Portal 2 game over the past couple of months. Not only have we brought you an official release date, but we also provided our readers with a few more details on the cross-platform play.

Now it appears that even more information has been revealed, including the fact that Portal 2 will feature two different endings. According to Ryan Albertson at justpushstart.com, Valve’s Chet Faliszek told Videogamer that each ending will feature something special. 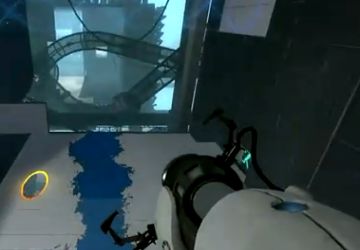 Chet explained that the original Portal game only had a single player mode so therefore just had one ending. However, a co-op mode has now been added to the Portal 2 game, so Valve decided to add an entirely new ending to the title.

The other bit of information that was revealed recently is the fact that user created content will be playable on all three platforms. According to Mike Jackson at computerandvideogames.com (via Nowgamer.com), players will not be able to create any content unless they are on a PC.

Faliszek explained that the mod tools unfortunately have to stay on the PC, due to there being a bunch of dependencies on the Windows platform. The content on the other hand will be able to be played on the PlayStation 3 and Xbox 360.