If you’re one of the many PlayStation 3 owners who are waiting for the arrival of the Portal 2 game, then I think we have some information that may be of interest to you. It’s just been revealed that the PS3 version of Portal 2 will be cross-compatible with both the Mac and PC editions of the game.

According to Matthew Reynolds over at digitalspy.co.uk, Valve has recently announced that both voice chat and multiplayer will be supported across all three platforms. They also revealed that there will be persistent cloud-based storage for PlayStation 3 game saves. 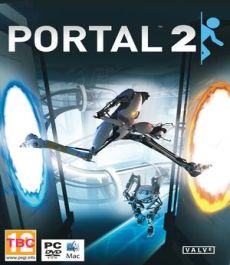 Those who purchase the PS3 version will also be able to unlock a Steam Play copy of the game for the Mac and PC, by linking their PlayStation Network and Steam accounts. Gabe Newell — co-founder of president of Valve — said that they made a promise that the PS3 version of Portal 2 would be the best one.

Besides the cross-platform support announcement, it appears that a new video trailer has been released. As William Case over at examiner.com reports, the video features extended footage that shows off a bit of the new world that is awaiting players in the second installment.

You can view the video and learn a little more via the link here. Are you looking forward to the Portal 2 coming out on the PlayStation 3? What do you think about the cross-platform support?