No matter how you look at it, Apple has allowed the web to become more portable with their range of products, but knowing which is the right device will be much harder this year. The reason I say this is because Apple is to update three of its devices in 2011, the iPhone 5, iPad 2 and the MacBook Pro.

OK, we know that Apple was not the first to offer a portable device to access the Internet — but they certainly know how to spin it on its head. Take the iPhone, this was the first phone that took everything what was good about a cell phone and a laptop and got the balance right. Over the years they have been improving on its design, and the new iPhone 5 is expected to be their best yet — well only if they do not have a repeat of the antenna issue.

Then there is the iPad; again this was not the first tablet, but it sure gave all those on the market a wakeup call. It seems like only yesterday that the industry said that Apple were mad and that their iPad would never take off, as it was just an oversized iPod Touch – well whose laughing now? The iPad 2, which is due out shortly, should look basically the same with a few design changes here and there, but we should expect a front-facing camera and more importantly a dual-core processor. 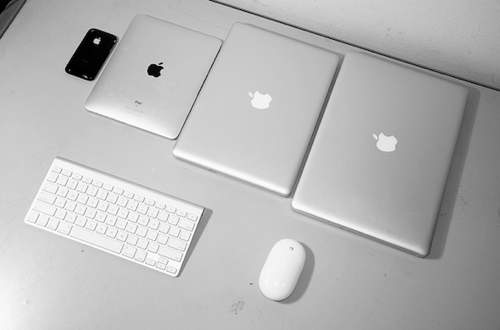 Finally we have the MacBook Pro; again this is a just a laptop, but Apple seemed to have done it again. At that time the market was flooded with cheap looking laptops made from plastic running on Windows, but Apple was able to offer their own Mac OS and encase it in an aluminum device — making it look like something from the future. The new MacBook Pro 2011 refresh is said to come with a few minor hardware upgrades, but is thought to look a little like the Air.

So there you have it, three of what are considered to be the best devices in each market, so the choice is now left to you, iPhone 5, iPad 2 or MacBook Pro?