Yet more Porsche Panamera 2017 interior shots have been teased, and we have to say, they do look very slick. Ok, so while we have already had a good look inside the new Panamera earlier this year, we never knew for certain if it was the real deal or not, but we do now. However, that is not the most exciting news today, as the first teaser video has finally been released.

Try not to get too excited though, as this first official video of the 2017 Porsche Panamera does not give away much – well unless you are easily pleased about a set of tail lights that is. 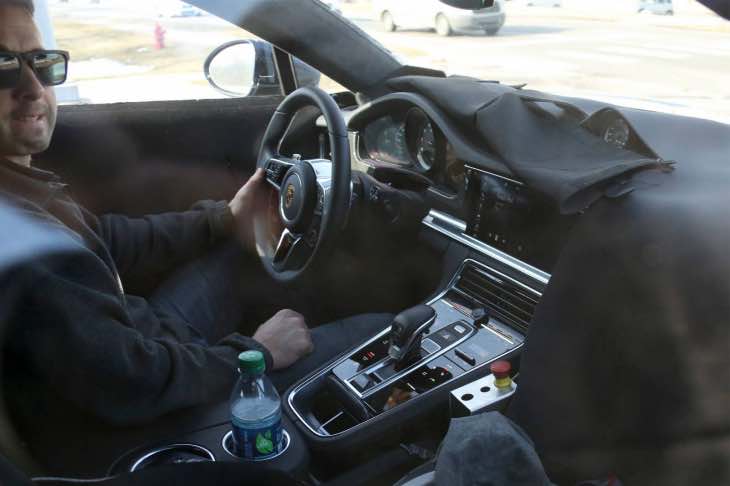 Ok, so the video is not just about teasing the rear lights of the new Panamera, as Porsche gives us a bit of a history lesson about proving the world wrong about their previous designs, such as putting the engine in the back along with launching a turbo-charged spots car in the midsts of an oil crisis were both madness- yet Porsche certainly proved everyone wrong.

With Porsche building up a new model like this we expect there to be some huge changes, not only with its design, but also to some of the technology as well.

Very little is really known at this time but we know that many of you out there feel that the current Panamera is not what Porsche is about, and so seeing a few design hints taken from the updated 911 is a good sign that some much-needed updates to its exterior could fancy please the faithful Porsche lovers.

Have a look at the video below, along with some more spy shots of the 2017 Porsche Panamera from GT Spirit.