The Tesla Model S is considered the best electric car on the market, especially with its ultimate upgrade to allow for increased speed. However, earlier this year the Porsche Mission E was revealed.

At that time it was only a conceptual idea, but it seemed as though he public had warmed to it. This is because we have seen several Porsche Mission E Vs. Tesla Model S polls, and most of them show that the former is preferred, with AutoGuide’s being just one example.

In their recent poll it shows that Porsche Mission E currently has 65 percent of the votes. 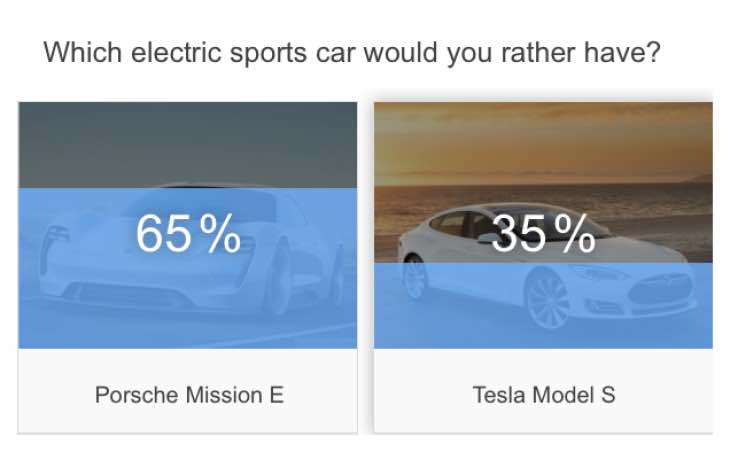 The good news is, this is not just a concept model anymore, as Porsche has now decided to put it into production, although its launch will not happen until closer to 2020 at least.

It’s clear to see that Porsche knows they are onto a winner, especially as the Mission E has the Model S beat hands down in terms of style, and no doubt technology once it finally reaches production.