For a while now we had assumed there would be a manual transmission option for the 2016 Porsche 911 GT3 RS, as this came direct from Porsche R&D boss Wolfgang Hatz’s himself. He said that it was seriously being considered; yet a leaked spec sheet shows that the option is MIA.

Ok, so while there is only the 7-speed PDK transmission showing for the moment that is not to say that manual will not be considered down the line. Maybe Porsche wants to test the waters to see how popular the model will be, and how much people demand the manual gearbox? 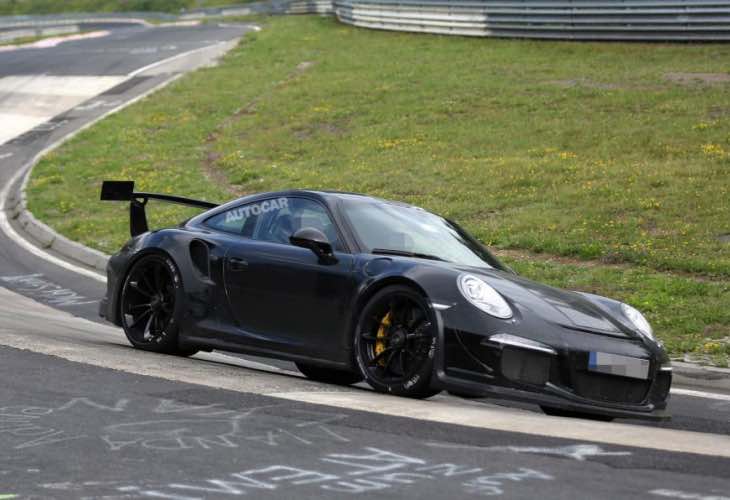 2016 Porsche 911 GT3 RS engine specs — While the leaked specification documents may not be the real deal, we have no reason to believe they are not either. If they are, then we can look forward to a 4.0-liter, naturally aspirated flat-six, which pumps out 494bhp and 339 lb ft of torque, 26 horsepower more than the GT3 model.

Its all aluminum body helps to keep weight down, and will no doubt help with its agility as well. It will also be rear-wheel drive and make use of an eLSD to help keep that power under control.

The images are thanks to Autocar, although for the specs sheet you need to head over to Axis of Oversteer.