A couple of months ago we announced that Glu Mobile’s first-person shooter game Contract Killer had just been released onto the Apple App Store. The game sees players stepping into the shoes of an assassin, and taking on a number of sniper action-packed missions.

Now we’ve received word that the popular iOS game is coming to Android. According to a recent article over on the pocketgamer.co.uk website by Will Wilson, the Contract Killer application will be available to download from the Android Market as of this Friday.

Players will be able to earn themselves cash by taking on hits, which they can then spend on buying new weapons. As we mentioned in our previous article, the game features 20 distinct weapons to choose from including machine guns, assault rifles and sniper rifles. 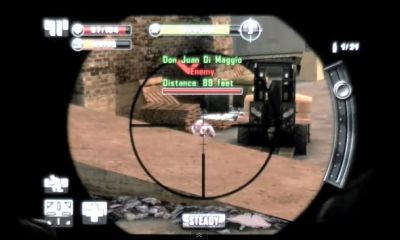 All the action is performed in a first-person viewpoint across a number of different locations, although it’s mostly from a rooftop. Although the initial download can be played for free, the more expensive weapons will require more play or a bit of real-world cash.

Contract Killer’s immersive gameplay will no doubt keep users entertained for hours. Are you an Android user? If so, would you download the Contract Killer game?