We have heard some rumors recently saying that some apps are transmitting data to advertisers and now the Wall Street Journal has confirmed it. They have conducted a study using two phones, the iPhone 3 and the Samsung Captivate. The testing was performed on an isolated network and the total number of apps tested was 101.

It seems advertisers are getting data from perhaps your most personal device, your smartphone. If you think about the data kept in your phone; your name, your phone number, friends and families details. There is even a phone ID number stored. This could be quite a worrying prospect.

Of the 101 tested apps, the WSJ’s study found that 56 of them were transmitting your phone’s ID, 47 of them sent some kind of location information and 5 sent age, gender and other personal data.

Scott Thurm and Yukari Iwatani Kane together have written an article detailing some of the apps sending this data, one of them is a really popular one called Pandora. The application is based around music, they were found to be sending the gender, phone identifiers age and location to advertising networks. All of this happens unbeknown to the user. There is no notification asking you to do it.

Of course Pandora isn’t the only app doing this; it wouldn’t be fair to single that one out, so we want to inform you of some more! Have you downloaded ‘Paper Toss’, it’s a fun little game where you are in office environments and are trying to throw a screwed up ball of paper into a bin. Well, Paper Toss is sending your phone’s unique ID number out to more than 5 ad companies. 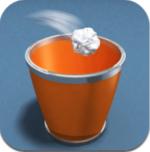 Another that we wanted to mention was Grindr. This app is a location based and aimed at the gay or bisexual community. It is almost like a friend finder. Grindr sent the location, phone ID and gender through to ad companies. 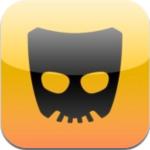 You can read more about the more intricate details of the study over at the Wall Street Journal. If you want to read through the methodology of the testing then click here.

Do you think there should be some action taken with this? What could actually be done to sort the problem out? Let us know your thoughts in the comments below.