When we first saw the Polaroid Socialmatic, which was dubbed as the Instagram camera because its likeness to its icon, we worried about its place in the market. However, it proved so popular that its release was looking all the more likely. We now have a release date and even a price for you, although if you were hoping to get it as a gift for Christmas, then it will be a late one.

Polaroid had huge success in the 70s and 80s with its SX-70 model, and there could be a chance that its success could be equaled with the release of the Socialmatic. Ok, so we know that a camera like this is not needed like it was back then, but with the social media aspect behind it, it would be nice for Polaroid to have a comeback with this camera.

Pre-orders for this camera have now begun and can be purchased on Amazon.com for $300, although there seems no sign of its UK equivalent just yet. Those that have paid will be able to take ownership of this new camera on January 1st, which seems to be the bad timing. 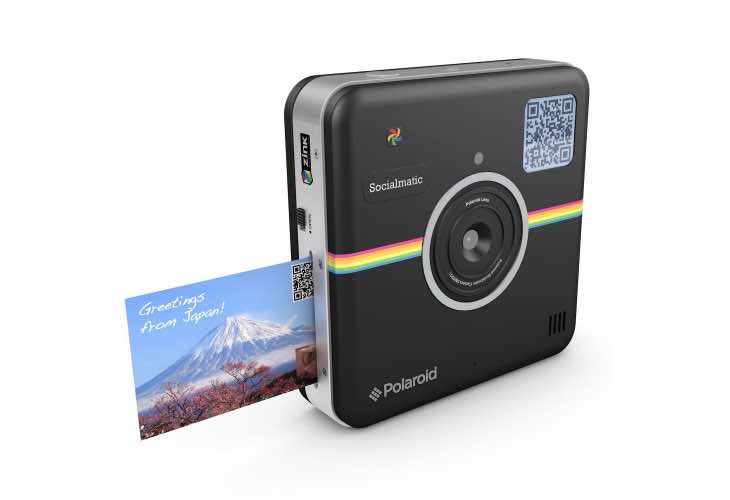 You might wonder why I am getting so excited for a camera like this when Polaroid already has an instant print camera, but this one takes an idea from the past and mixes it with something very popular today, which is social media.

Reminder of specs — You get a 14-megapixel sensor at the rear and a secondary 2-megapixel shooter up front, which will be used to share socially thanks to its instant uploading feature. There is also a 4.5-inch full color LCD touchscreen and 4GB of built-in storage.

Will you be pre-ordering this camera?