Before it began some journalists reported that this year’s Consumer Electronics Show would be predictable and while for some of the event that statement is true, Polaroid is one company that has produced the unpredictable with their SC1630 Smart Camera.

You may have heard a device being referred to as a camera phone, well this unique device from Polaroid switches that concept around as it is a camera that uses Google’s Android OS and is able to make calls. Despite being classed as a camera it still features the same slim design that you would expect from a smartphone, however the camera department is a lot more impressive than the snappers that you would expect on a smartphone.

The key features of the Polaroid SC1630 are its almighty 16 megapixel camera with a 36-108mm lens capable of 3x optical zoom and a 3.2” touchscreen display. Some of its other features include access to the Android Market via a Wi-Fi connection which also enables users to upload their images straight to their social networking sites.

As ComputerWorld reports this Smart Camera is expected to hit the US market around April time for $299 although financial and technical details are still being finalized. Which version of Android is being used on the models at CES was undisclosed but the company say they will be aiming to upgrade it to 4.0 Ice Cream Sandwich by the time it launches.

The Polaroid SC1630 represents evolution in cameras which could see a manufacturers and network carriers alike benefitting from a future of Smart Cameras. What is your opinion of the Smart Camera? Do you think they could take the place of the smartphone? 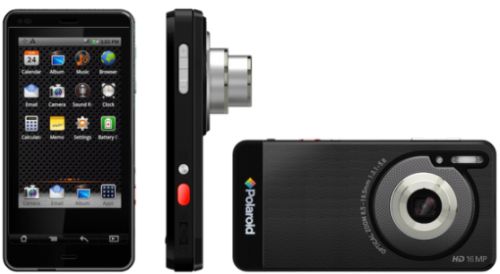